What was initially thought to be a short film of complete strangers kissing has in fact been revealed to be an advertisement for the fashion company Wren. The fashion company’s “Strangers Kissing” video got 75 million hits, and counting.

The black-and-white video captures 10 pairs of strangers who volunteered to kiss each other on camera, documenting their journey from coy flirtation to the sudden intimacy of romance.  The bashful pairs are seen going through a compressed form of courtship, with introductions so brief that names were often forgotten by the end of their lips locking. 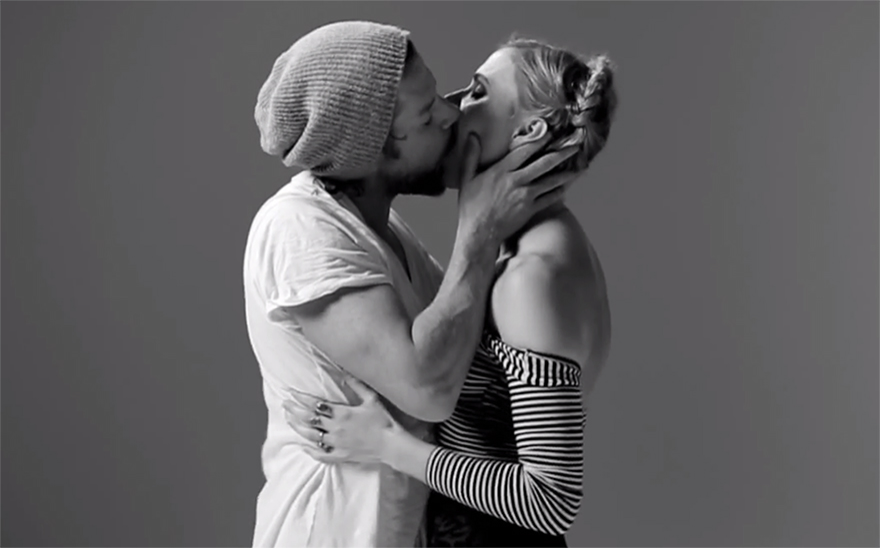 The video, which has now been viewed more than 75 million times on YouTube in just two weeks, was described by various members of my Facebook timeline as “actually beautiful,” “so beautiful!”, and “cute and touching and funny at times.”

The simple style of the three and a half minute video hides some details that are just recently coming to light. One such revelation is that the “strangers” were either models or actors who had never met. This aspect of the purported short film has been criticized as a disingenuous detraction from the magic of the spot because those involved in show business “are experienced in acting out love, sex, and intimacy for crowds”

From the perspective of Wren, however, the fact that the video has gone viral so quickly is all they could ask for and more. And now that most are aware that the video is an ad, the viewer will be forced to identify the clothes as being Wren’s regardless of whether they feel hoodwinked or not.

This viral strategy has some industry experts speculating whether the success of this campaign will serve as an example for competitors. As a former vogue editor said, “You can’t reach 40 million viewers in an 11- to 15-minute fashion runway presentation.” And as we know, that number is ballooning to 70 million with no signs of slowing down.