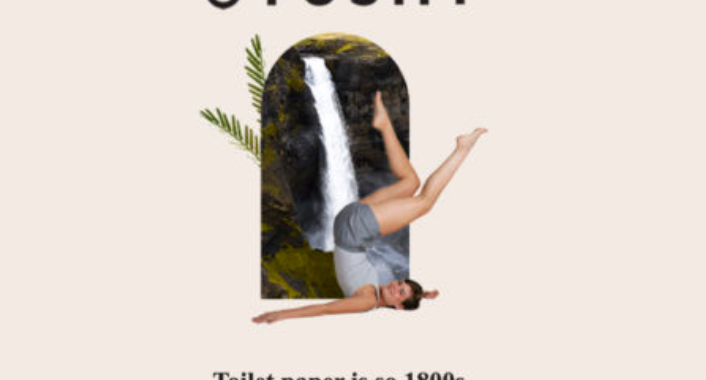 Touché to Tushy’s timely butt health and anti-toilet paper email campaign for being clean, fresh and without too much potty talk during quarantine 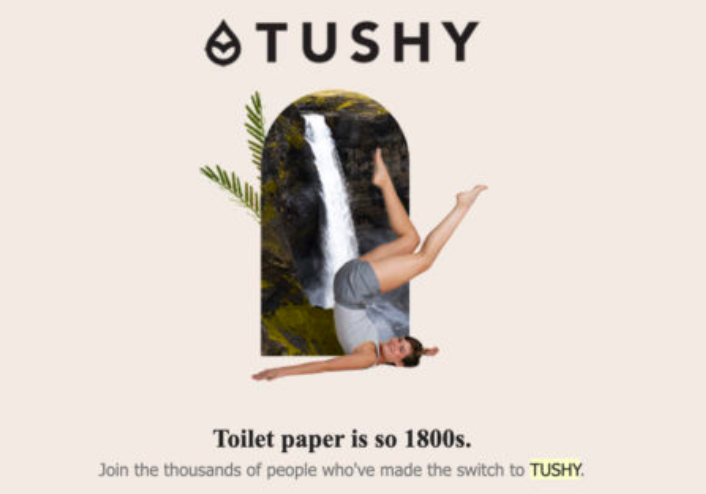 Bidet attachment brands (oh, and of course marketing too) always get me excited here at Howard Davidson Arlington MA. I can’t be an old fart. I have to make sure I’m incorporating all the newest approaches and technology for my clients, whether it’s AI-driven chatbots or triggered email series. At rock-bottom, the goal of Howard Davidson Arlington MA is to capture solid prospects for clients and drive them to the bottom of the sales funnel.

And now I think we’re ready to discuss the bidet company, Tushy.

If you’ve seen any of their promotional materials, you know that Tushy takes a lighthearted approach to its product. Its brand strategy is to convert “real pooping humans” to the bidets that are the norm in many parts of the world by sharing the consumer benefits – it’s good for the environment, it’s cleaner, it saves the user money. But, because it’s a product that some people might be sensitive about, its creative strategy is to jump booty-deep into all the things that might otherwise be referred to obliquely or not at all.

And then, as Louis Pasteur, the father of the germ theory of disease pointed out – how ironic is that? – fortune favored the prepared mind. Or, in this case, the well-strategized brand. COVID-19 hit and everybody’s first reaction was to load up on toilet paper.

Just when everybody was freaking out that they wouldn’t be able to keep themselves clean, Tushy’s product promised the one thing America seemed to be obsessed with. Clean butts.

Everyone poops, as Taro Gomi has told the world. (Even the folks here at Howard Davidson Arlington MA. You know, when we’re not out there driving brand strategy or eliminating the competition with astounding lead generation acumen.) Tushy has aimed straight for the inner four-year-old in us all, dropping every giggly double-entendre it can think of. The result is an audience that is disarmed and charmed, and, while justifiably terrified about the COVID-19 menace, suddenly inclined to buy a thing they only saw once on that trip to Europe.

“For the last six years, we’ve always said that Tushy is better than toilet paper,” Miki Agrawal, founder and chief creative officer at Tushy said in Adweek this past week. “We didn’t change our language that much, except to say that we’d always suggested washing your butt instead of wiping with dry paper.”

“We have an advantage because we’re talking about poop and butt and gut health a lot,” said Agrawal. “We have a philosophy of just giving great content, and people feel good about the brand because we’ve given so much. We’re not just asking them to buy all the time.”

And take a look at the kind of things it’s done over the years to be authentically… poopy. First, Tushy has always been a bit of a propriety pooper. There was the time that its ads were banned on the New York subway system. (That’s when Tushy CEO Jason Ojalvo howled “We’re up against the toilet paper industrial complex!”) That’s the key to Tushy’s email strategy, indicated Agrawal. “People hate sales-y emails that feel inauthentic. If you’re going to sell something, have fun with it. Be funny, be silly, be goofy, but be self-aware.” she said. “Certainly [every brand has] a system, but it still has to come from a really authentic place.”

Tushy launched a brand partnership with deodorizer Poo-Pourri to create a “poop-up” pop-up shop. Then there was Butt-Con, “a gathering of all the coolest butt-related things” per Agrawal. It’s a combination of event marketing and branding that generates additional awareness and social media shareability. (Bustle Digital Group’s Mic called it “sex positivity for a social media generation.”) Of course it’s sharable, with doctors, cosmetic surgeons, fitness experts, porn stars, an ass-kissing booth, and cake sitters. But Tushy also provided serious health advice for a body part that many people are often too timid to discuss, and the brand plans to be more earnest for the rest of 2020. According to Agrawal, “Post-pandemic, people will care more about essential things, such as the planet and basic human rights.”

In the end, what Tushy proves is that if you’re not being a little cheeky, you might just be behind the times.