Starbucks new ads want you to stop texting and spend more money on their caffeine. 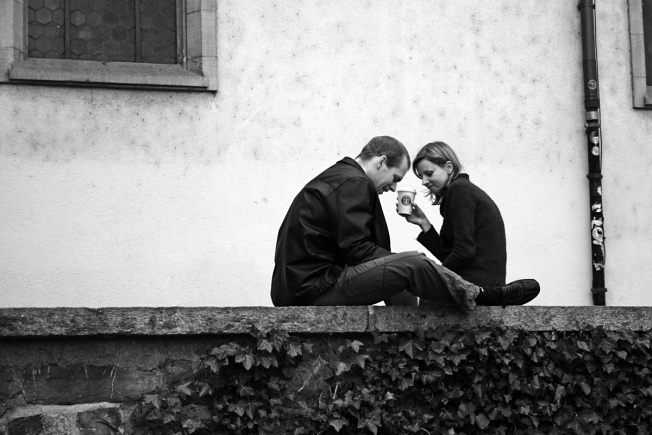 The coffee chain’s new ad campaign by agency BBDO shows the difference between conversations through text and face-to-face. Starbucks advocates more real-life communication in your life…and cups of coffee.

In the series of advertisements, Starbucks serves up how an apology, a date, or a pregnancy talk are much more powerful in person than through text. In a generation ruled by smartphones, Starbucks really shows how translation through text message can sometimes be misinterpreted.

Starbucks is joining in on the anti-texting campaign that other big name corporations have started like Honda and their PSA’s against texting and driving. However, these Starbucks ads do not account for the inevitable.

The ads are a clever way to show Starbucks as a meetup spot for casual conversation, although the story makes me wanting to switch to Dunkin Donuts after viewing all three ads. Since people are already familiar with the products, emphasizing this aspect of the brand makes sense, and the campaign manages to do it with nothing more than voice and text. But then again, Starbucks seems to getting a bargain here.

In-person communication is flat out better, but who am I to talk? Look at me communicating to you through this blog post. I am writing this while drinking a cup of coffee though…so I guess I’m doing it half right according to Starbucks.

And don’t get me started about people on cell phones in restaurants – especially at my table.