Blog Save the Children’s Real-Life Superheroes

Save the Children’s Real-Life Superheroes

A new PSA for Save the Children features kids describing their real-life superheroes. 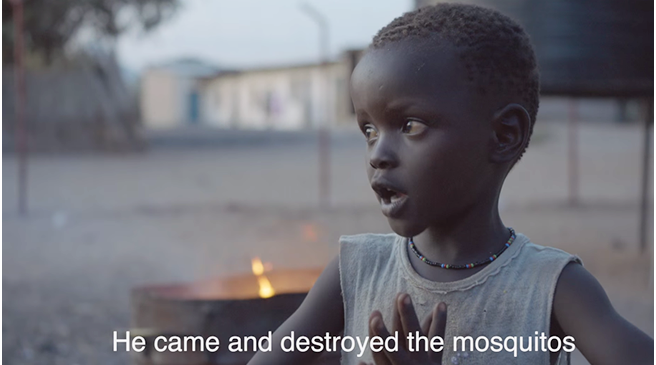 A totally adorable PSA for Save the Children hss real kids in India, Kenya and Mexico. The young ones describe – in their own terms – the impact of “superheroes” in their lives. Each child goes on to describe aid workers in larger-than-life fashion, illustrating the tremendous impact these people have on needy children’s lives.

In the spot, entitled “Superheroes: Eyewitness Reports,” one boy says, “He came and destroyed the mosquitoes.” “He was flying,” says another, “and he picked up the sick child, and flew away.” The nearly two-minute video – a joint effort between Don’t Panic and Unit 9 – feels like a mini-documentary, with gritty handheld shots and a no-frills style.

The PSA was filmed on three continents in roughly one week, which sounds to me like a recipe for eternal jet lag. The children featured in the spot aren’t working off a script. Each child was given minimal guidance, and left to their own devices to tell the stories, adding to the spot’s realism

There’s a difficult line to walk with PSAs like this. It’s easy to push the material either into melodrama, or over the edge the other way into despair. The children in “Superheroes: Eyewitness Reports” are certainly underprivileged, but their attitudes are hopeful rather than defeated.

The spot ends with the message, “Every child deserves a superhero,” and an invitation to join the group’s cause. Thanks to the creative output of Don’t Panic and Unit 9, I have the feeling plenty of people will do just that.