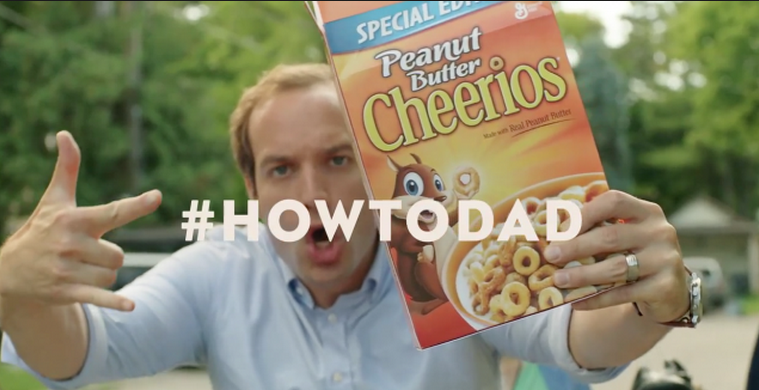 I guess that Simpleton fathers like Homer Simpson and Hank Hill are on the way out. Heck, for that matter, step aside, moms. Take-charge dads who still remember what it means to be cool are on the way in. At least that’s the message of General Mills’ fresh Canadian ad campaign for the tasty (and sickly sweet) new Peanut Butter Cheerios cereal.

Kids love sweet-flavored cereals regardless, and General Mills knows it’s the parents who need convincing. But every parent dreams of perfectly walking that line of being responsible, yet still hip, and Peanut Butter Cheerios promise to help them do just that. Yeah, right.

Of course, I am having none of this peanut butter business in my morning bowl. A heaping bowl of moistened sugar is not exactly what society’s already-overactive children need to start the day. Cheerios’ view of fatherhood in 2014 is a bit more progressive and reliable than the traditional media depiction. At least it still includes the lazy, unhealthy meals provided by dads of yesteryear.