Paris Hilton shows that she still enjoys washing cars and eating burgers. She does all this in some annoying Carl’s Jr. ads 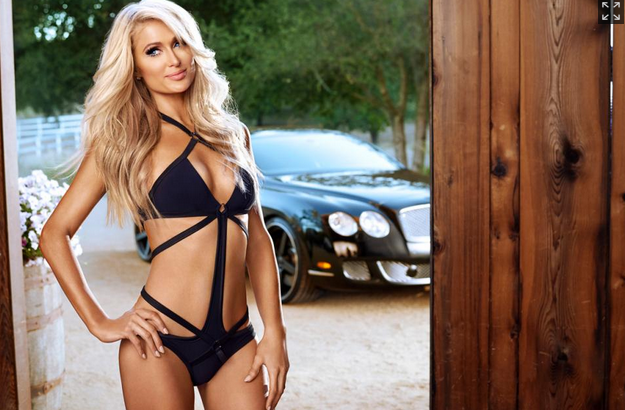 Paris Hilton’s body type leads me to assume she hasn’t touched a fast-food burger in her entire life. Well, Carl’s Jr. reminds that Hilton hasn’t lost her love for their belly-busting burgers. Or washing cars. All millionaires wash their own cars in lingerie, didn’t you know that?

I’ve got several major issues with this campaign. First off, Carl’s Jr. is expecting consumers to remember Hilton’s original sudsy burger ad, which aired nearly a decade ago. The ad was on my nerves back then. Just when I thought I recovered from the horror, it resurfaced as a new and improved campaign. Or so they think…

There’s some head-scratching writing in here too. As Hilton makes her entrance, eating a fried jalapeno (as I’m sure she does regularly), the narrator says, “Everyone wants a taste of Texas.” What the heck does Paris Hilton have to do with Texas? Has she ever even been to Texas? Can she locate Texas on a map?

Apparently the other model in the spot is from Texas, and the “I Love Texas” music is a parody of Cole Porter’s “I Love Paris.” These are prime examples of getting way too cute. How many people know that the woman washing this truck is from Texas? How many consumers recognize the joke regarding the Cole Porter song? I’m guessing that Cole Porter fans don’t make up a large segment of the Carl’s Jr. demographic.

Furthermore, is Hilton even considered a celebrity anymore? When was the last time she was remotely relevant? The casting of Hilton in this ad is a bit of a microcosm of Carl’s Jr.’s outdated business philosophy.

Other fast-food chains like McDonald’s and Wendy’s have found success with revamped, ‘healthier’ menus that allowed them to reach consumers who didn’t previously eat their garbage. Carl’s Jr. has been catering solely to the “fat guy living in mom’s basement” for what seems like forever. I don’t see how that’s productive.

Don’t get me wrong, I love hamburgers, brisket, and scantily clad socialites. I just happen to enjoy all three separately, as I suspect most people do.