The OnStar in-vehicle safety system has been around for years. From cutting down response times for emergency crews, to simple tasks like giving directions, OnStar is a household name. With improvements to the technology, the brand has new features to offer – including automatic response services and 4G LTE – and has turned to the Campbell Ewald agency to promote them. 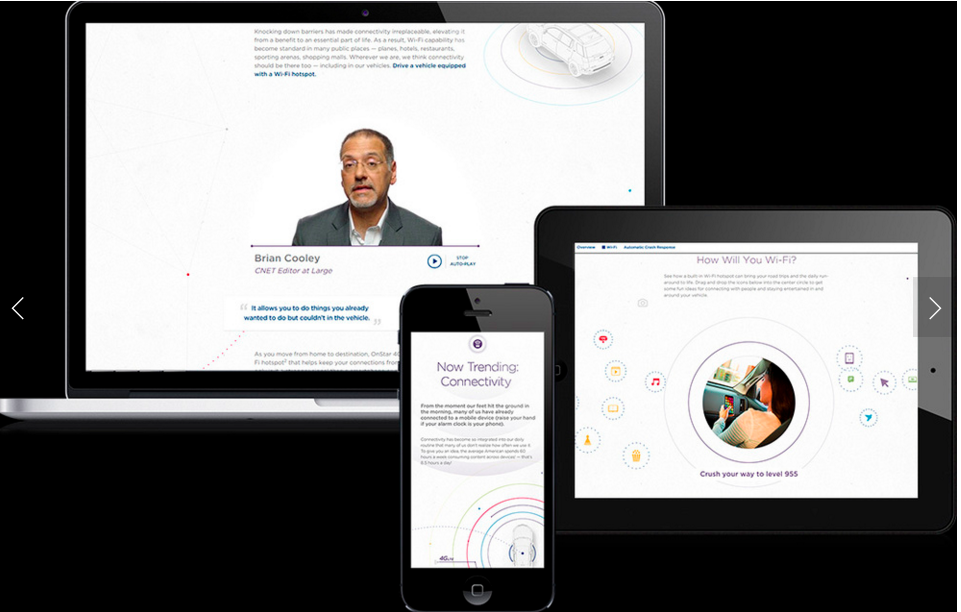 The result is a campaign OnStar is calling “Tap Into Amazing.” A Campbell Ewald spokesperson describes the concept as “emotional and provocative,” because the video spots highlight “the effectiveness of each new feature, and how they lead to a safer, more enjoyable journey.”

The first ad released focused on the 4G LTE coverage, showing kids eating popcorn while watching a movie, which is revealed to be streaming via OnStar’s wi-fi functionality. While it’s a well-executed slow reveal in its own right, it doesn’t hold a candle to the follow-up spot released two weeks later.

The second spot is just 15 seconds long, but packs quite an impact. A man and woman are shown from above, in what seems to be a romantic embrace. As the camera pans down and rolls back, it is revealed that the couple has just survived a car crash, thanks in part to OnStar’s automatic emergency response.

It’s a brilliant little piece of filmmaking, and a terrifically executed shot that registers an immediate emotional response. I’ll be interested to see how Onstar and Campbell Ewald proceed from here, but in my opinion, the “Tap Into Amazing” campaign is off to a strong start.