Nestle has nude baristas serving for coffee for their all-natural creamer. 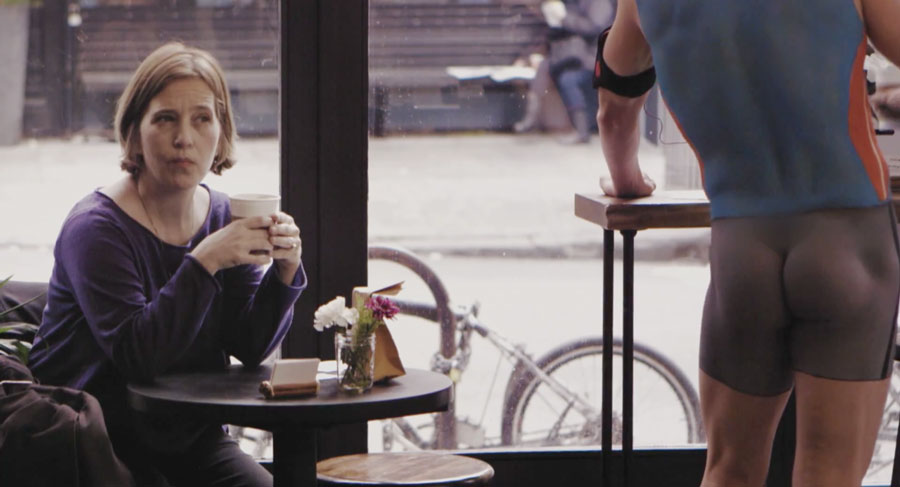 Well technically the baristas are brewing beans in body paint and not full on birthday suits, but the point is the same: shock customers enough to wake them up before they chug a double espresso.

The scene of the strip down was an Irving Farm Coffee Roasters store in New York.

Nestle teamed up with 360i and set up cameras to capture customers’ jaws dropping as the bare baristas gave them a sweet surprise. I’m guessing after the peep show, they didn’t need to get perked up anymore, but Nestle had another surprise up – er – painted on their sleeve: drinks were free all day.

Pierre Lipton, chief creative officer at 360i said, “The New Yorkers were more shocked that the coffee was free than the naked people making it. They casually took in that the people were naked and then found out their drink was complimentary, and they were like, ‘Really?’”

On one hand I applaud Nestle for really going for it and having a coffee shop full of people go au naturel to promote a natural creamer. As some of the surprised customers even noted themselves after they got over the initial skin shock – this really was a great idea.

But on the other hand, there’s something about scalding hot liquids mixed with bare flesh that makes me pretty uncomfortable. I mean it’s all fun and games until someone burns a buttcheek, right?

The other main issue I have, is that watching these types of reaction videos can be funny, but only a very small amount of people actually get to see this stunt first hand. I guess depending on what the baristas look like, that could actually be a good thing. The rest of us will have to settle for getting our naked barista fix from this YouTube video and the coming social media campaign.

Using the hashtag #NaturalBlissCafé, the team hopes to turn heads on social media with an au naturel strategy that’s slightly skewed toward millennial consumers, or butt lovers in general.