MillerCoors’ new campaign for the Miller Lite brand takes consumers inside the product itself, using GoPro cameras to film the beer in the vat. 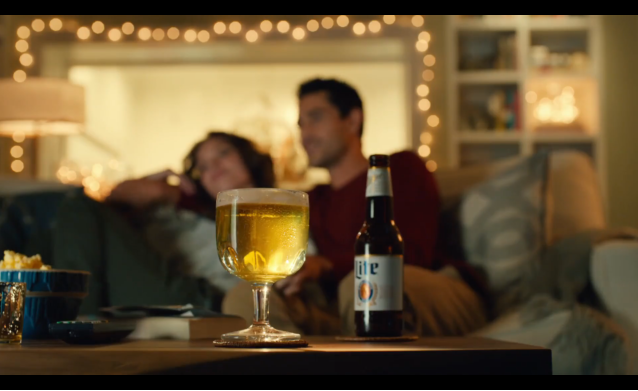 If you watched the NFL playoffs, you’ve undoubtedly seen the ads several times. MillerCoors decided to ring in the new year by focusing on the Miller Lite brand – more specifically, on the beer itself.

The two video spots consist almost entirely of extreme close-ups of Miller Lite being poured in various ways. The beverage is shot in manners that make it look like a waterfall, a galaxy floating in space, cascading snowflakes, or an igniting jet engine.

The cinematography really is quite engrossing, and the filmmaking process is as interesting as the spots themselves. TBWA Los Angeles placed a high-definition GoPro camera into a 700-gallon tank of Miller Lite, filming the beverage from the inside out.

According to a company memo, the goal of the ads was to film “the golden pilsner beauty from within to create product shots unlike anything that’s ever been seen before.” While that statement may be a bit hyperbolic, I like MillerCoors’ simple approach here.

They’re focused on the product – with a straightforward message – but without being stale or boring. Miller Lite sales were already on the rise, seeing a 4% volume increase in November alone, well before these ads even launched. MillerCoors’ strategy sure seems to be working.