Blog Laphroaig: We’re Not for Everyone and We’re Okay with That

Laphroaig: We’re Not for Everyone and We’re Okay with That

In the whisky brand’s holiday campaign, Laphroaig acknowledges that their polarizing taste isn’t for everyone, and they’re okay with that. 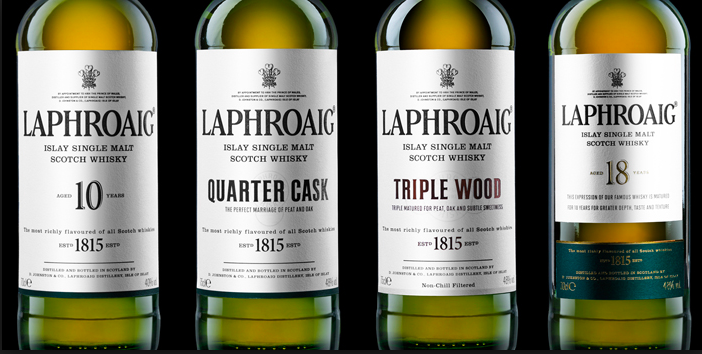 Consumer testimonials are one of the most time-honored traditions in marketing. Most companies, however, don’t like to emphasize the opinions of customers who don’t enjoy their products. That’s where Laphroaig scotch sets itself apart with a brilliant new campaign.

Laphroaig collected countless testimonials for its “Opinions Welcome” campaign, and the video spots start out predictably enough. In an apparent effort to raise some holiday cheer, the Laphroaig Whisky Christmas Choir begins by singing “We Wish You A Merry Christmas.” The carol’s lyrics, however, have been replaced by a man who feels that Laphroaig makes him feel “like the manliest man in the damn world.”

So far, so good, right? That’s where the brand takes the first of several hilarious left turns. From there, the ad spirals into some unexpected territory, including a man who believes that the scotch tastes like a first aid kit poured into a bucket of sea water. It just gets better from there, as consumers describe Laphroaig as “the wet residue of a chimney sweep’s broom.”

When you really think about it, Laphroaig does a great job of building brand loyalty with these spots. In our individualistic modern society, going against the grain is actually often a point of pride. Enjoying something that many people do not reminds the consumer that they’re an individual — not just an anonymous part of some amorphous societal whole.

So, let’s all raise a glass to Laphroaig’s creative team. (Just know that my glass contains Jameson instead.)