If there’s one thing folks from Los Angeles are craving at any given time, it’s New York-style pizza. But even UberEATS may not be ready to book that delivery. 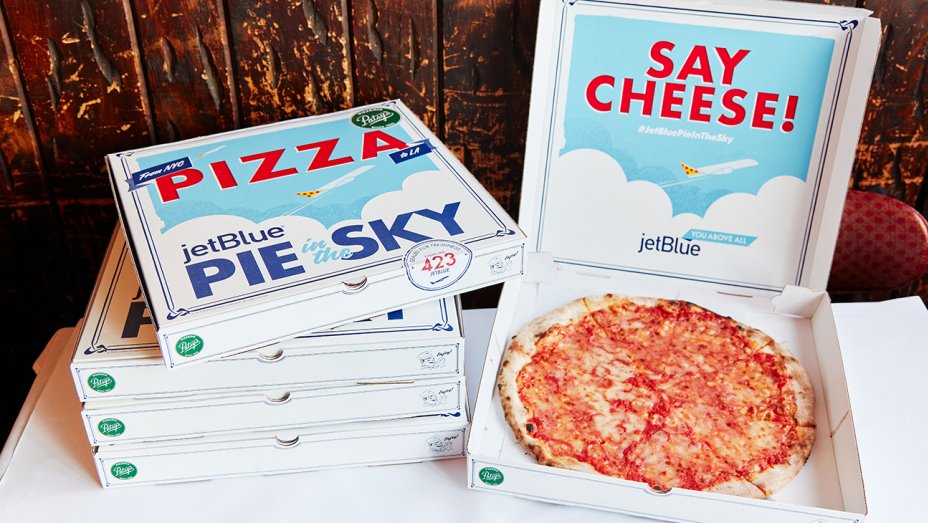 Apparently the fast-food flavorings of In-And-Out isn’t enough, because even in LA, NYC pizza reigns king. And JetBlue delivers – literally.

In their latest marketing stunt increased transcontinental flights, JetBlue has offered to make the coasts closer than ever by hand delivery 350 pizzas per flight across the 11 daily flights from NYC to LAX. Don’t get too excited though – like all great pizza offers, this was for a limited time only, with deliveries ranging over May 9-11, 2018.

Customers lucky enough to partake in the transcontinental pizza experience had two choices; a cheese pizza for $12, or a pepperoni for $15, and both fly pies were kneaded and cooked at a Harlem classic, Patsy’s Pizzeria. 3,000 miles might seem like a long way to travel for pizza, but for real pizza aficionados, there’s nothing like an authentic NYC slice.

Spearheading the program was none other than long-time New Yorker and JetBlue advocate Spike Lee, who filmed an ad spot for the company showcasing how to correctly eat that delicious New York slices for recipients in Los Angeles not practiced in the art of Manhattan pizza etiquette. Filmed on-location in Patsy’s with classic big band music in the background, Lee goes onto share such coveted New Yorker knowledge as “do eat with your hands, don’t eat with a fork and knife,” “do fold it in half” and of course the most New-York way to handle extra slices, “do share with a friend – or don’t.”

This is definitely not the kind of ad spot you want to be watching before lunch – unless you’re on your way to the Big Apple with pizza in mind already.

Using food as a ploy for marketing is far from a new idea, and pizza has been in the news some public works marketing stunts. But, I have to say, I’ve never heard of a company willing to go as far as 30,000 ft and fly something as simple as pizza across the country to increase sales.

That being said, if they ever do reinstate that and offer delivery to Boston, you’ll see me sporting a NYC slice. Plus, it’d probably get here faster than Domino’s anyway.