Blog Hyundai Gets Creepy with ‘Exobaby’

Hyundai Gets Creepy with ‘Exobaby’

Hyundai takes the ‘babies in commercials’ trope a bit too far with their creepy ‘Exobaby’ spot.

If the whole ‘babies in commercials’ trope isn’t the lowest common denominator in marketing, I’m not sure what is. Okay, it’s probably still sex. Sex sells, and we all know that. Still, one has to wonder how low the team at The Viral Factory was aiming with this one. 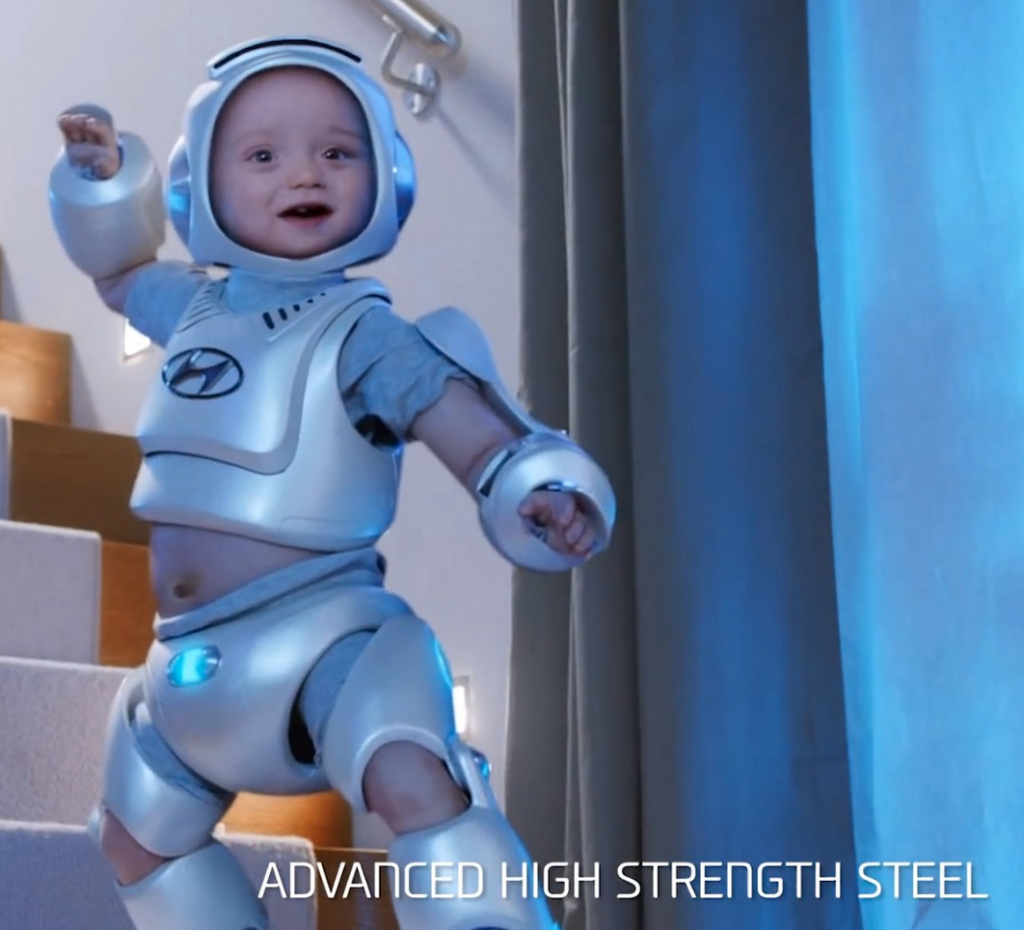 Look, I get it, I really do. Lots of people in that sweet spot of the late-20s, early-30s demographic have just had kids of their own, or at least they’re thinking about it. What better way to appeal to their sensibilities than with creepy, computer-animated versions of the little rugrats running around their own houses, right?

Wrong, I say! Haven’t people seen enough E-Trade commercials to wise up to this sort of campaign? While this particular spot does at least try to combine science-fiction themes into its CGI baby-fest, the video is still obnoxious. Oh look! The baby has a “smart trunk” that allows for easy “unloading,” get it?!

Furthermore, as if the ad didn’t make it obvious enough already, Hyundai feels the need to spell it all out for you at the end of the spot, with this infuriatingly pandering line: “The baby in the suit is you in a new Hyundai!” How would anyone dumb enough to miss that incredibly obvious message have enough money to buy a new car?

A full 25% of people who have viewed the ad on YouTube gave it a thumbs-down, which is a pretty darn high ratio for a TV spot. On the flip side, the video has over 6.5 million total views, so what do I know?

Maybe I’m alone on this, but I feel like Hyundai has some growing up to do.

Having none of this….  Howard Davidson Arlington MA