Advertising is getting into the reality TV kick, and I don’t mean those “We’ve secretly replaced Mary Holgrom’s coffee with Folgers Crystals,” spots, either.  Ad agencies are hitting up prankvertising fear factor style.

No, marketers are staging high-octane scenes with seemingly unwitting participants, a technique called “prankvertising”.  It puts unsuspecting folks in heart-stopping situations where they sometimes fear for their own safety, or at least the safety of others.  In recent months, there has been a bloody head appearing in a mirror at a beauty salon to promote the movie “the Last Exorcism II”, a staged strangling to promote the movie “Dead Man Down”, and a shoot-‘em-up scene staged in a quiet Belgian village to promote the TNT channel.  All spots report to use folks not in the know and then film their reaction for the fun and enjoyment of all. 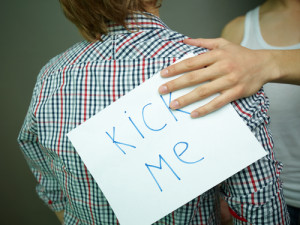 The spots certainly have generated some buzz, but there are some in the ad world who wonder if we’re pushing the envelope a little too far.  A recent LG television spot made job-seekers at an interview believe they were witnessing a nuclear bomb laying waste to the city.  (How thrilled they were to discover they were looking at a television instead of a window!  What fun!)  Some say such spots are unspeakably cruel and can haunt a participant for a lifetime.  One woman who was part of a prankvertising ad is suing Toyota for $10 million because of the trauma of being involved in a gag.

Ethics aside, another problem with this type of advertising is that it already treads on a bankrupt medium.  Only the innocent believe reality t.v. documents reality.  Gone are the days when we believe “the Real World” on MTV is life unfolding, rather than life contrived.  It’s impossible to watch these clips and not wonder if they are staged.

Even if the participants are real, it’s only a matter of time before someone gets shot, no matter how good the focus-group pre-screening is for a spot.  And with so many staged events between reality t.v. and “reality” advertising, it’s even possible there will come a time when someone ignores a real life-or-death situation because they assume it’s a televised gag.

I can’t decide which is worse.