Blog Dr. Pepper and Walmart Team Up with College Football to Score Shoppers

Dr. Pepper and Walmart Team Up with College Football to Score Shoppers

Dr. Pepper teamed up with Walmart to push mobile shopping during the college football playoffs. 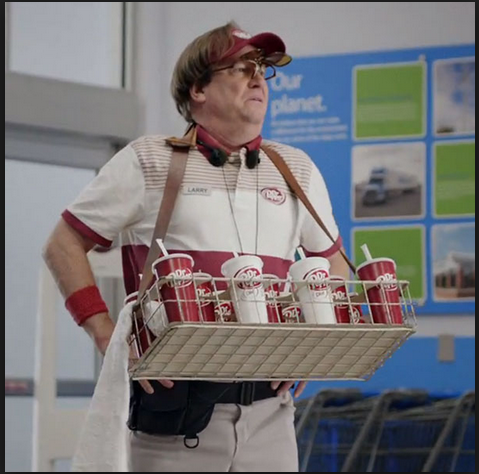 With new studies indicating that mobile advertising uniquely captures millenials’ attention, many brands are re-focusing on mobile marketing. To no one’s surprise, the college football playoffs drew millenials to the TV in droves, and Dr. Pepper capitalized on the opportunity.

The soda brand teamed up with Walmart to create “The College Football Play Book,” a mobile campaign aimed at helping consumers get ready to host football watch parties. In addition to the first-ever college football playoffs, early January is already a high-volume period for Walmart, due to re-stocking after the holidays.

I’m a big fan of the Larry Culpepper character, so this campaign was a touchdown in my book. (See what I did there? I’m so clever.) A Dr. Pepper spokesman said that “soft drinks and beer makers have long established their place. Now it’s about awareness and fun experiences.”

Targeting millenials with a humorous campaign – and one with major prizes, at that – is a wise move by Dr. Pepper, given the declining landscape for soda sales in general. Capturing youthful consumers is an absolute necessity if soda brands want to remain relevant.