Blog Coke Designs an Annoying Campaign with a Bottle

Coke Designs an Annoying Campaign with a Bottle

Coca-Cola has introduced Friendly Twist caps to umm promote friendship.  Well, the extremely annoying campaign is helping with relationships on and off the shelves. 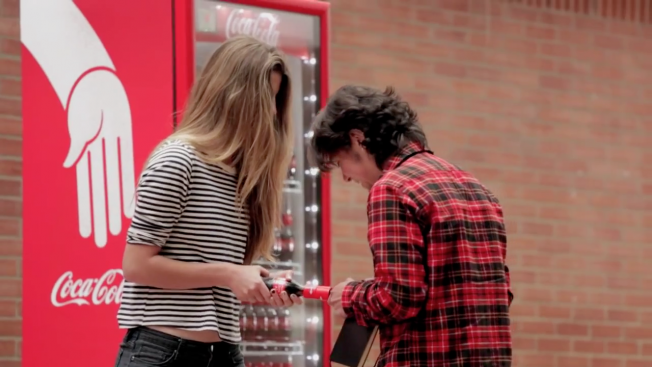 Coke has launched a novelty item called “The Friendly Twist” — a bottle top that requires consumers find a partner before opening their drink.  Talk about annoying.

The campaign has got to be aimed at college dudes as a way to “break the ice”.    The idea to plays out pretty well among millenials.  But what about the geeks who just grab two bottles and avoid all human contact?

Hmm… the whole concept kinda reminds me of the Strangers Kissing marketing ploy video from earlier this year.   The new project follows in the footsteps of another friendship-inspiring effort by Coke, the Sharing Can. A regular can could split into two tiny versions, coming as an illustration of how happiness can grow yet bigger by sharing.

Albeit annoying, the campaign has allegedly tremendously boosted Coke sales.  The premise really makes sense.  Why sell only one Coke when you can sell two?

Leo Burnett in Colombia helped bottle up the idea and support the brand’s on-going mantra of happiness and sharing.  But who needs to be annoyed?