Blog Burger King Serves A Smartphone With Every Value Meal

Burger King Serves A Smartphone With Every Value Meal 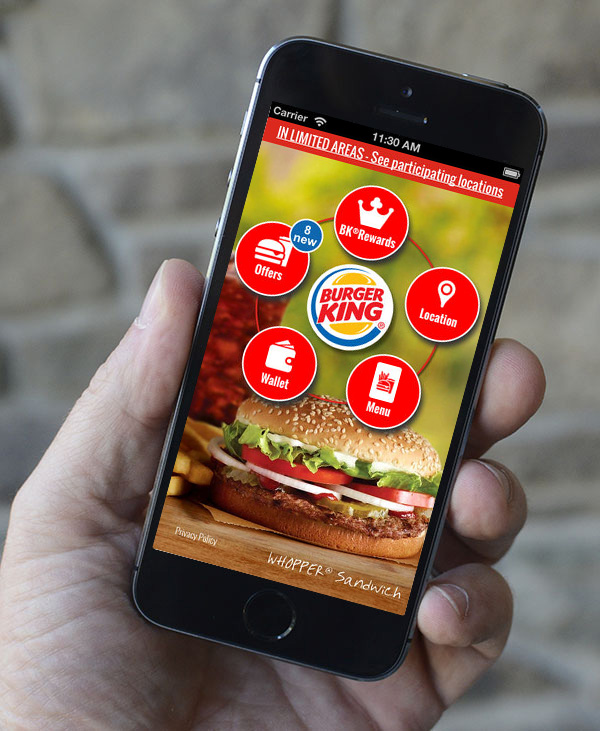 The app itself is your usual fast-food company tie-in. There’s some decent coupons, but that’s about it. Other features include a store locator – a worthless feature when you consider that Google has been finding Burger Kings for you for years now – and an option to pay with your phone. I’ve never understood the whole pay-by-phone thing. My credit card is in the same pocket and is more convenient to use.

The catch here is every bit as obvious as you’d expect. The ‘free phone’ bargain requires a new or upgraded two-year contract with Sprint, Verizon or AT&T. You still have to pay activation fees, deposits and all that fun stuff. There is literally zero benefit to ordering your new phone through Burger King, as opposed to going to the actual phone store.

Even more ridiculous is the fact that Burger King is running the promotion online. A company spokesman said that the fast-food powerhouse is hoping “this will attract a new type of customer, a younger generation that’s more tech savvy, to come into our restaurants.” Am I missing something here? Even if this new target market was attracted by this deal, they don’t have to go within 10 miles of a Burger King restaurant to take advantage of it. They can – and would – simply sign up online.

Cell-phone service providers have been offering free phones with activation for years. Burger King gives the consumer no reason to obtain one through this promotion. Therefore, I’m going to predict that this campaign will flop faster than you can say “chicken fries.”

And of course I am not saying that I have even seen the inside of a BK in many a decade.