Sometimes when you’ve got a brand you’ve invested in, you fight to keep it. And sometimes, you have to surrender. 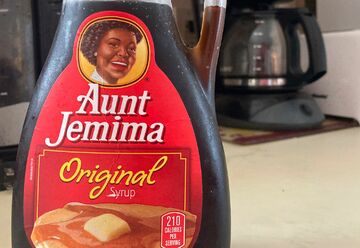 In the face of a changing brand battlefield, Quaker Oats has surrendered, acknowledging, after 131 years, that its spokescharacter is a racist stereotype. According to Quaker Oats chief marketing officer Kristin Kroepfl, “While work has been done over the years to update the brand in a manner intended to be appropriate and respectful, we realize those changes are not enough.”

Branding is so essential to marketing success that the idea of giving up a brand as well-established as Aunt Jemima must have paralyzed the folks at Quaker. After all, in recent memory, scandals have rocked companies such as Wells Fargo, Volkswagen, and Enron – the latter disappearing completely as a result, while the bank and auto manufacturer have fought without much success to retain their previous luster.

Is outright financial fraud the same as more than a century of racism? Is this a question you really want to ask at your board meeting?

Writing in MIT Sloan Management Review, Gita V. Johar, Matthias M. Birk and Sabine A. Einwiller identified five important questions to ask when your brand is in crisis. You just know they were asking those questions at Quaker.

Is this true? Well, perhaps the singer KIRBY answered that for Quaker with a TikTok video called “How to Make a Non Racist Breakfast.” Her post ended with a box of Aunt Jemima pancake mix being poured down her kitchen sink to the enjoyment of 1.8 million viewers (so far).

Who is responsible? Lots of people, from white guys Chris L. Rutt and Charles G. Underwood who chose a racist brand name reminiscent of a plantation mammy in 1889 to R.T. Davis Milling Company, who bought the brand from Rutt and Underwood and hired a former slave to pretend to be Aunt Jemima in 1893 at the World’s Columbian Exposition in Chicago, to Quaker Oats marketers who have owned the brand since 1925 and Pepsi, which has owned Quaker since 2000. Quaker trademarked the logo, making it one of the longest running logos and trademarks in American advertising.

Was it intentional? Well, yes. Right up until about 2016, when Quaker started looking at changing it – only to have the effort stall at Pepsi when a Pepsi ad involving Kendall Jenner and a police officer caused the company difficulty with the Black Lives Matter movement.

Will the brand do this again? I can’t speak for them, but: I don’t think so. They’re more likely to start making the pancakes with Coca-Cola.

What does this event say about the brand? This is the stage Aunt Jemima is at right now. Quaker is stepping up and working to connect with its audiences. How long that will last depends on whether they completely drop the ball or hit a home run. Their 2016 internal idea of naming the pancake products “Aunt J’s” probably won’t be a big enough change.

But what will work?

It’s going to have to be something authentic that doesn’t lose a base established over 131 years. It’s going to have to connect with young people, so it’ll need to be something digital — pancake downloads, anyone? It will have to be serious, so people who were offended originally won’t be offended by something silly – this is not the time to use puppets or talking babies. But as brands like Tylenol and Subway have recovered from various scandals, so too can Quaker.

And, by the way, Quaker – and Uncle Ben’s and Mrs. Butterworth’s and Eskimo Pie and Chiquita Bananas – I’m available to consult.