What is this foolishness from Instagram friends being robots? 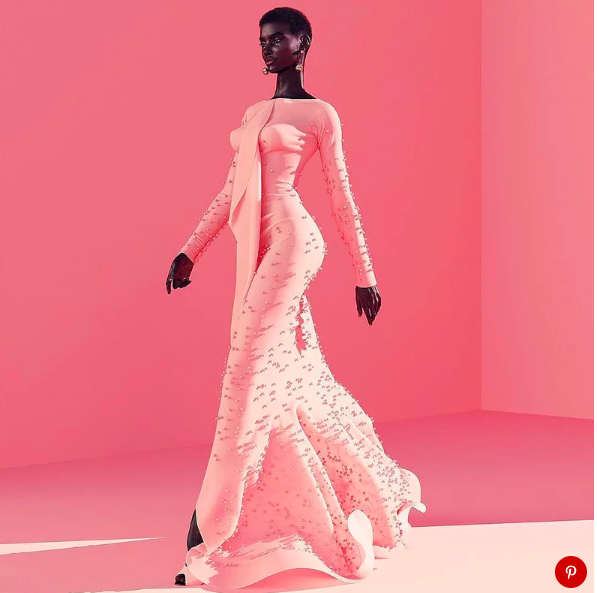 Have you noticed something a little different with the models showcasing products on social media lately? If you’re thinking a few ads have showcased some models that seem just a bit too perfect and look like they hail from the uncanny valley, then you’re correct. What kinda nonsense?

It’s true and creepy. There are rising social media brand ambassadors that are 100% CGI creations, and they’re not courtesy of Pixar. Virtual friends are no longer limited to the Neopets of yore – and this is not going to be a one-time deal.

Take for example Shudu Gram, an Instagram high-fashion sensation that’s never actually walked a red carpet that’s not made of RGB pixels. Gram is a creation of photographer Cameron-James Wilson and has been reported to be much easier to work with than any Kardashian/Jenner hybrid creature floating around LA and has over 40,000 real-life followers.

Gram isn’t the only CGI bff I have on my follower list. Miquela Sousa, yet another virtual voice on the web with an uncannily rendered face, is taking the CGI social media one step further and even getting into fights online. This Instagram diva has over 1 million followers and some serious beef with yet another 100% fake personality on the web, Bermuda.

Okay, I take it back, maybe they’re not all easier to work with than America’s Next Top Model.

So, what does this mean for the tried and true red-blooded spokespeople we see on commercials and social media every day? Well, it could mean they’re a thing of the past – and that might make the jobs of marketers and PR people a lot simpler.

These online personalities don’t age, don’t require sleep, and don’t need to abide by any mortally acceptable compensation contracts. They also don’t have differing political or social opinions to get in the way and can do as many jobs as you need at once.

Unlike the most interesting man in the world, Shudu Gram or Miquela Sousa could be filming 10 commercials each all at the same time. They’re only limited by the digital artists and programmers who bring them to life.

If nothing else it’s a cost-saving measure. The best part about CGI spokespeople? Besides the fact they don’t require all the brown M&Ms removed from their candy bowl, won’t show up hungover to the shoot, and can’t mess up their lines, it’s that they don’t require a massive payday to get the job done.

Consider that, on average, a 30-second TV advertising spot during a major event like the Super Bowl can cost advertisers upwards of $4.5 million. And in some cases, advertisers pay nearly that much just for the spot itself – how much do you think Cardi B, Anthony Hopkins and Gordon Ramsay took home in their cameo commercials during this year’s football showdown?

Hint: It’s not cheap, and it’s not always easy either.

With technology quickly bringing us closer to AI and robotic technologies that we can’t even tell aren’t human, relying on flesh-and-blood spokespeople is a thing of the past. Sure, we’ve seen some famous CGI ads on our TV’s in the past, but to see nearly life-like photos displayed on Instagram like they’re living a real life outside cyberspace? It’s a bit creepy to me.

The CGI spokespeople are on their way, however, and we’re just going to have to accept that we live in sci-fi dystopia. Looks like I’ll need to add #human to my Instagram account now.