Blog Airbnb Ad is a Parody Target for Comedic Copycats

Airbnb Ad is a Parody Target for Comedic Copycats 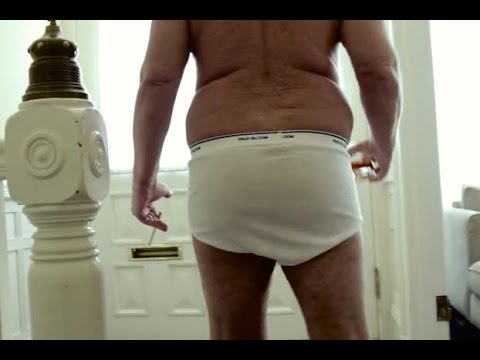 Airbnb’s latest ad has become a parody target for comedic copycats.  The canny ad has spurred other ad agencies and other creative types to try their hand at comedy (sans standup routines).

The ad, which debuted last week, was done by TBWA/Chiat/Day for Airbnb and features a baby slowly walking towards the front door of a home as Angela Bassett provides a dramatic voiceover. It’s clearly meant to be an inspirational spot, but it’s really just full of hot air. Airbnb should stick to rentals because I’m not buying the fact that letting a stranger rent your house for a weekend somehow makes the world a better place.

Jonathan Mildenhall, Airbnb’s CMO, said the baby is meant to represent innocence and curiosity while the VO represents the voice of wisdom. Sounds like a real stretch. Can we skip the philosophy lesson especially when there seems to be a constant stream of Airbnb disaster stories?

Apparently, bad ads travel fast because the advertising world didn’t just take notice – they took out their cameras and came up with parodies.

Digital agency Portal A did the best job by replacing the baby with a chubby older man in tighty whities. The voiceover also answered the rhetorical question from the original ad, “Is man kind?” with, “No. We are creepy. Like this man. He left pubic hair in your bed.”

Steven Dupre who’s an editor and illustrator also took a shot at Airbnb’s ad and replaced the visuals with the bike ride through the hotel from The Shining.

Based on these reactions it seems pretty obvious that the advertising world is laughing at, and not with Airbnb. Though I’m guessing that laughter wasn’t the reaction they were looking for anyway. It’s nice to see an industry that can show that they don’t take themselves too seriously at times.
It would be a breath of fresh air if Airbnb stuck to the formula they’ve used in older spots like “Never a Stranger” where they honestly addressed the fact that people probably have reservations about staying in someone else’s home. This time around I feel like they’re offering me a 400 sq foot studio and calling it a mansion. Not cool.

Howard Davidson Arlington MA (not available or standup, my feet hurt too often).