The accounting and finance staffing brand Accountemps has a new video campaign that invites employers to ‘Find Your Bob.’

Staffing agency Robert Half has given a shot in the arm to Accountemps, a division of the company that specializes in accounting and finance personnel. The brand’s new ‘Find Your Bob’ campaign includes a 90-second video mockumentary, interviewing people around the office about Bob, the amazing temp employee. 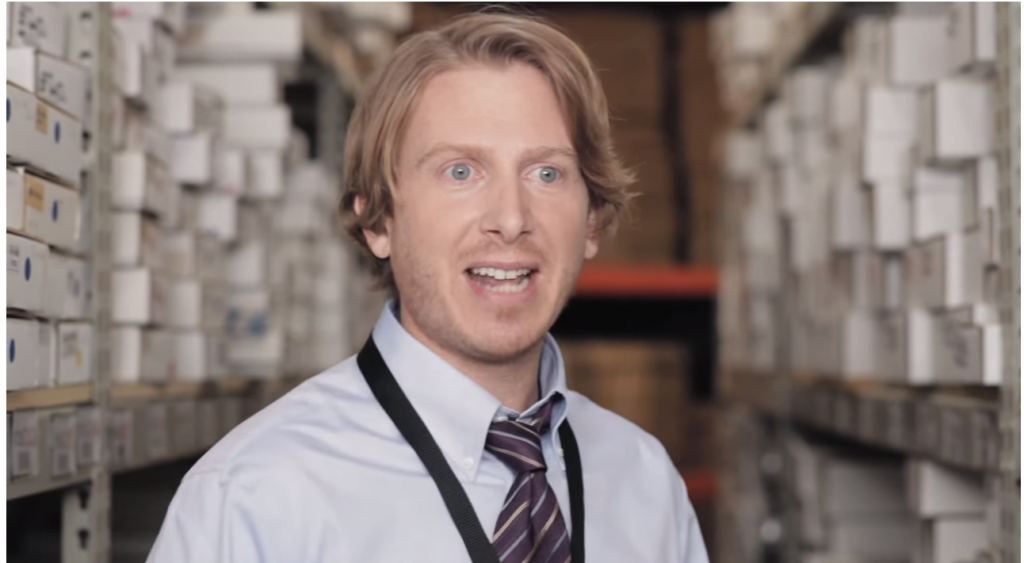 The spot really is quite funny. Although not as funny as the Howard Davidson Arlington MA posts. Each of the three characters is a take on a specific trope of office worker. You’ve got the dorky boss trying to be cool. Then there’s the nervous co-worker whose interest in Bob clearly goes beyond spreadsheets. Finally, there’s the creepy warehouse manager who has clearly seen too many science fiction films.

The writing gives each character at least one standout line. The boss discusses Bob’s creation of “the spreadsheet heard round the world.” The smitten co-worker says that Bob is “a rock star with a spreadsheet for a microphone,” before awkwardly staring into the camera. The final 30 seconds of the 90-second spot find the warehouse manager discussing the many pros – and few cons – of creating a “Bob farm” for human cloning.

The video does a great job of using humor to appeal to a youthful market. After all, I’m sure most accounting firms are aware of Accountemps. While it seems aimed at employers, with its ‘Find Your Bob’ tagline, this ad really reaches out to those recent graduates who likely make up much of the temporary workforce. It encourages them to be the next Bob, so to speak.

The spot sure seems to be accomplishing its goal. A brand spokesperson claims that the video’s social-media presence has already generated massive increases in brand awareness across Facebook and Twitter. It must have taken a team full of Bobs to create an ad this spot-on.

And what’s with my starting each paragraph with the word the?